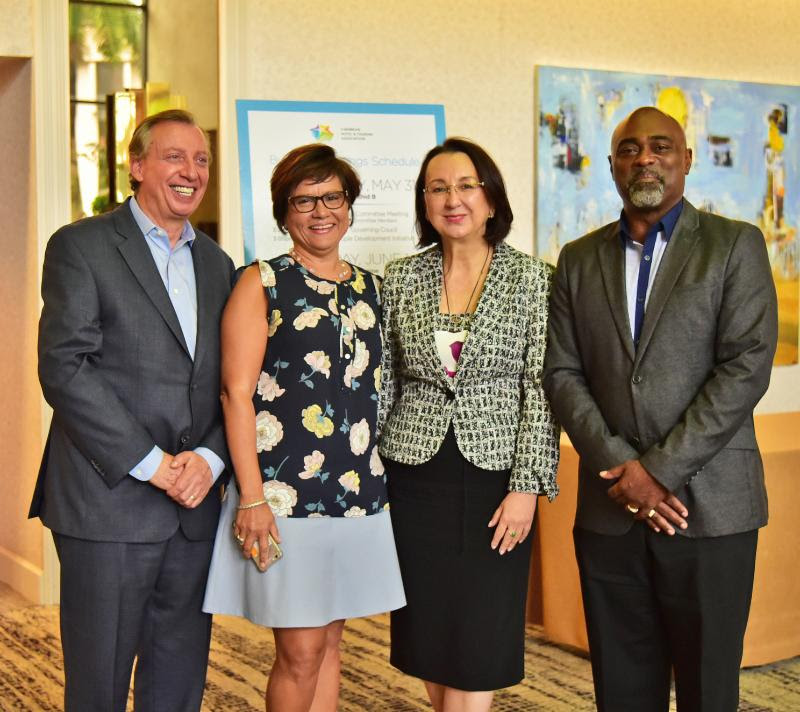 The Group General Manager at Ocean Hotels in Barbados, Mrs. Affonso-Dass was elected to the important leadership role on Friday at the Caribbean Hotel and Tourism Association’s AGM, held alongside the Caribbean Hospitality Industry Exchange Forum (CHIEF) and Taste of the Caribbean at the Hyatt Regency in Miami this past weekend.

Affonso-Dass, a graduate of Florida International University’s School of Hospitality and Tourism Management, serves as president-elect for the next year before taking over the presidency of the travel trade association next summer from current incumbent Karolin Troubetzkoy, Executive Director of the renowned Jade Mountain and Anse Chastanet resorts in St. Lucia.

After the appointment, Affonso-Dass said: “I am thankful for the vote of confidence from our members and look forward to serving CHTA with distinction and excellence, both as president-elect and president in the years ahead.”

Karolin Troubetzkoy, President of CHTA, thanked Affonso-Dass for accepting the task to serve the association at a higher level. “We have benefited from Patricia’s talents on our Board of Directors, and are proud to have an exceptional woman from the region lead our association into the future.”

Affonso-Dass has been the president of both the Tourism and Hospitality Association of Guyana and the Barbados Hotel and Tourism Association and runs the Ocean Hotels group, a family-owned company located on the south coast of Barbados, with three unique hotels: Ocean Two Resort & Residences, the four diamond oceanfront venue on Dover Beach; Sea Breeze Beach Hotel, the all-inclusive hotel on Maxwell Coast Road; and South Beach Hotel, the chic boutique hotel near Rockley Beach.

She will serve the association as president for two years after Troubetzkoy’s tenure ends in a year’s time.

About the Caribbean Hotel and Tourism Association (CHTA)

The Caribbean Hotel and Tourism Association (CHTA) is the Caribbean’s leading association representing tourism interests for national hotel and tourism associations. For more than 50 years, CHTA has been the backbone of the Caribbean hospitality industry. Working together with 1,000 hotel and allied members and 32 National Hotel Associations, CHTA is shaping the Caribbean’s future and helping members to grow their businesses. Whether navigating new worlds like social media, sustainability, legislative issues, emerging technologies, data and intelligence or looking for avenues and ideas to better market and manage businesses, CHTA is helping members on matters that matter most.