CHTA ELECTS NEW SLATE OF OFFICERS
TO SERVE FOR 2016-2018 BIENNIUM
MIAMI, FL (June 10, 2016) – The Caribbean Hotel & Tourism Association (CHTA) elected a new slate of officers at its Annual General Meeting (AGM) held at the Hyatt Regency Miami on June 9, 2016. The officers will serve with CHTA President Karolin Troubetzkoy, owner and executive director of St. Lucia’s Anse Chastanet and Jade Mountain Resort, who started her term in January.
“I look forward to working with these individuals who have been instrumental in expanding tourism throughout the Caribbean. I am confident that together, we will expand our efforts to sustain the region as the world’s principal tourism destination. Their expertise and advocacy of the Caribbean strengthens the association as a leader of the Caribbean hospitality industry,” said Troubetzkoy.
The five Vice Presidents and Treasurer elected to serve the 2016-2018 Biennium include: 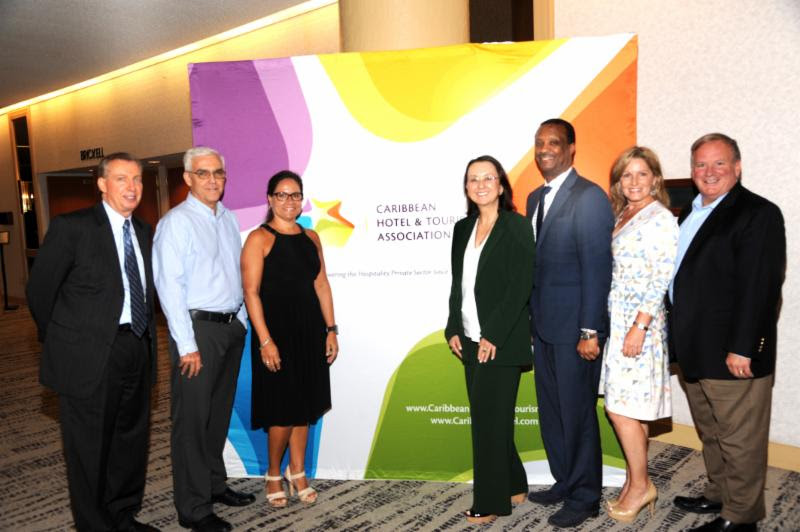 Caribbean Hotel & Tourism Association
The Caribbean Hotel & Tourism Association (CHTA) is a federation of 32 National Hotel Associations, with more than 600 member hotels and over 300 allied members. CHTA is the largest representative of the private sector in the Caribbean hotel and tourism industry. We are the voice of the Caribbean hospitality industry for the development of the region in the highly competitive and sophisticated environment of international tourism. Today, tourism is widely recognized as a pivotal industry in the economy of the region – and CHTA functions as the common denominator for this industry in a region of diverse nationalities, languages and styles, identifying mutual problems and marshaling the resources of the active and allied members to devise solutions. CHTA represents all facets of the hospitality industry with more than 600 member hotels and over 300 allied members.
CHTA, including the events staged by the association, is supported by Strategic Partners AskMe Inc., Clear Channel Airport Division, Interval International, JetBlue Getaways, MasterCard, OBM International, SiteMinder, Tambourine and TravelZoo.
For more information, visit http://www.caribbeanhotelandtourism.com. Follow CHTA on Facebook Facebook.com/CaribbeanHotelandTourismAssociation and Twitter Twitter.com/CHTAFeeds.